Tamir Rice – A Sad Case That Deserves Some Real Talk

So, before I get to the nitty gritty of this discussion, allow me to offer a few tidbits of full disclosure:

So, I wanted to throw that information out there first so that you all can have some semblance of understanding of where my perspective and thought process may stem from as I offer some thoughts on this topic…the topic of Tamir Rice, the 12 year old boy who was shot and killed by police officers.  While this case is old in and of itself, a year after the event, the grand jury on this case has decide not to indict the officers who shot the boy.

If you haven’t heard of this case, it’s safe to say that you’ve lived under some kind of rock….or sequestered, or in the backwoods of the Appalachians…or you just don’t read the news.  Anyway, you’ve missed out on a major news story.  CNN offers a very good overview of the entire situation HERE.

It’s important to also mention that this story does not exist in a vacuum, as there have been several other high profile police shootings of unarmed young black men, most recently the Laquan McDonald shooting, which has sparked multiple protests here in Chicago, including protests on both Black Friday and Christmas Eve.

But Tamir Rice holds a special place in the hearts and minds of many people due to his tender age.

But a big problem we have dealing with all of these issue is that it’s hard to have open, honest conversation about them.  This fact was highlighted for me today by a series of messsages I received from a friend today.  This friend is a very intelligent young woman that I’ve known for many years. I will offer the messages unedited.

I don’t feel like I can post an honest thought about Tamir Rice without getting eaten alive, but I need to say something, so I hope you don’t mind my sending this to you.

Honestly, I have really mixed feelings about this. Police get a report that some dude (really a kid) is in the park with a gun. He is allegedly pointing it at people (although the police did not witness that). If I put myself in the place of the officer, I could see how you would pull up to the scene and be pretty sure this was nothing but trouble. Did the officer react too quickly before assessing things for himself and giving time for Tamir to react? In my opinion, yes. Was Tamir doing something dumb? Yes. How to you balance that fear an officer feels for his life with the rights of the other person? I just don’t know.

However, we have laws in this country (and people advocating for those laws) that allow for just about anyone to carry guns around, openly or concealed. And that’s supposed to be normal right? We’re not supposed to be scared or intimidated by anyone having a gun just about anywhere right? From what I’ve read, the pro gun people say Tamir was brandishing his gun and that makes all the difference. THAT’s why this was totally different. Maybe he was, before the police arrived. They never saw that and there’s no way they could have witnessed that themselves in the short 2 seconds they were on the scene. Seriously, Tamir probably didn’t even comprehend the situation or process what they directed him to do in that amount of time.

So you can have it holstered and that’s fine, but it only takes one second to go from holstered to brandished. So someone (the police or the “good guy with a gun” is supposed to respond with either 1) a talk about what’s going on or 2)deadly force depending on whether you’re before of after that one second window. I really think it’s impossible for police to protect themselves properly and really be accurate here. It’s just a guess. Someone has a gun and they move. Are they reaching for a gun or just moving? I think anyone carrying a gun (toy or otherwise), is putting themselves at serous risk. Especially if you’re black apparently.

Sorry for the rambling!

I think that’s crazy. I really don’t mind a HIGHLY trained individual who can pass some kind of skills test having a gun. Did he deserve to die for something dumb? No. If the penalty for doing something stupid as a youngster is death,

BUT, I really think no one had any business carrying a gun around-particularly open carry. Why wouldn’t anyone find that threatening? Isn’t that the point?

On the other hand, we have people and states and laws saying it’s totally ok for people (really just about anyone) to carry weapons out and about.

Just seems like you can’t really talk about stuff like this and say what you think (or at least I feel like I can’t). The truth of the matter is (if you ask me) is there’s a lot of things wrong here (in this and other situations). Seems like most people see these as a black and white situation (I don’t mean race necessarily-more like clearly right or clearly wrong). I see most things gray and don’t always have a clear resolution to fix everything. Seems like people want to choose a side, have one thing that “fixes” things (if they feel anything needs to be fixed in the first place) and be done with it. Maybe because I work in a bureaucracy I understand how hard it is to make systemic change. But I know it’s just not that simple.

If I question the officers, I’m a cop hater. If I mention that Tamir was being dumb, I’ll be called a racist. If I question why people feel like they need to carry guns around, I’ll be attacked as a liberal idiot who doesn’t know anything about gun laws.

I guess there is just a reluctance for people to criminally go after an officer who they believe was trying to do their job in good faith (whether they made a mistake or not). However, I couldn’t help thinking about a pharmacist who went to jail for making a mistake. It was very controversial though.

I don’t think my friends words need any explanation.  I also agree with most everything she said, most importantly, that we can’t have open and honest discourse about these things, which is sad.  Everyone wants things, particularly these situations to be clean cut, particularly in terms of race and power…but the truth is that there are nuances to everything.

Is what happeend to Tamir said and wrong?  Yes.  However, can I honestly say that if I was one of those police officers, the outcome would be different?  No.  One thing I can say I recall from my time in Afghanistan is that when you are in constant fear of losing your life as a job, self preservation becomes first and foremost in your mind…that’s human nature, and when you feel your life is in danger, you will react quickly to preserve your life.  Did the officers react too quickly?  Perhaps they did.  Was Tamir’s behavior dumb?  Yeah…behaving like you have a “real” gun, and pointing it at strangers…even a 12 year old should’ve known that wasn’t appropriate behavior.  However, we can take strides beyond that and talk about the sad fact that a 12 year old thought that having a gun tucked into his pants is a “cool” thing to do.

But we have to be able to have real discussion to come to conclusions, to find some understanding and learn from the situation. Beyond that, this situation in particular, definitely brings up the ideologies behind mass gun ownership and especially the fact that open carry is expanding; Texas becomes an open carry state on Jan. 1st.

I wish I had answers, but I don’t.  But I do offer food for thought.  Cases like this are literally ripping our cities apart, in addition to the gun violence, that is growing in most major cities.  We have to come to some conclusions and paths of action that will yield better results for all, before all faith is lost…whatever that entails.

You can check out Reflections of a Chicago Life on Facebook

You can also check me out on Twitter, and see some of the things I see around the city on Instagram 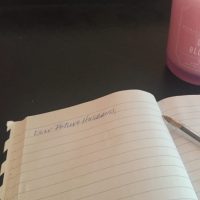 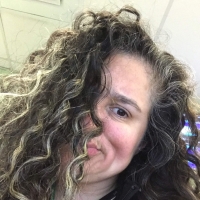